Home > About Our Mission > History 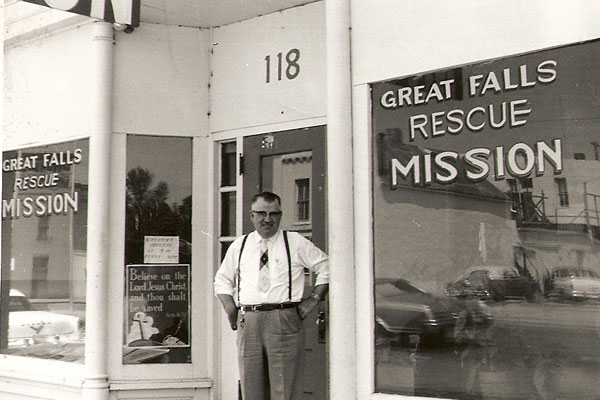 In 1963, a former lumberjack-muleskinner was called by God to start a Rescue Mission in Great Falls, Montana. His name was Harold Ross. With a few hundred dollars and a vision to partner with local churches, Ross set out to share Jesus with homeless men.

For the following ten years, Great Falls Rescue Mission continued to serve the needy and less fortunate. Due to Harold Ross’ declining health, Joe and Judy Thompson were voted as the new Superintendents of the Rescue Mission in April 1983. 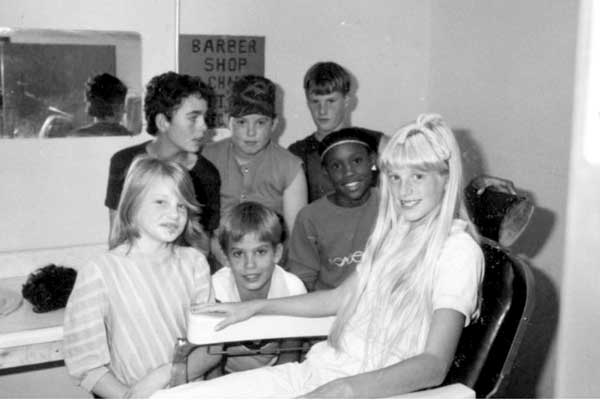 In 1985, a youth ministry called “The Downtown Kids Club” was established by Frank King. King continued to minister until his retirement in 2003. Yet, the work with at-risk youth continued, and has been led by various Youth Directors and staff since its beginnings. Between 1985 and 1997, the Lord continued to bless Great Falls Rescue Mission with additions such as medical clinics, a kid’s camp program, a commercial washer, and computer technology. In 1986, Great Falls Rescue Mission underwent renovations to expand the ministry to include homeless women.

Due to increasing drug and alcohol use, 1999 saw the need for a Christ-centered Recovery Program for men. Great Falls Rescue Mission took steps to develop a long term recovery program that still exists today called the Christian Discipleship Program (CDP).

The Salvation Army Hospitality House was purchased as the future home of a Women and Family Shelter in March 2002. The building, which was located directly across the street from the old Martin Hotel, underwent a remodel that was completed in 2005. During this time period a Christ-centered recovery program for women was added, called the Humbled Hearts Christian Discipleship Program (HHCDP). 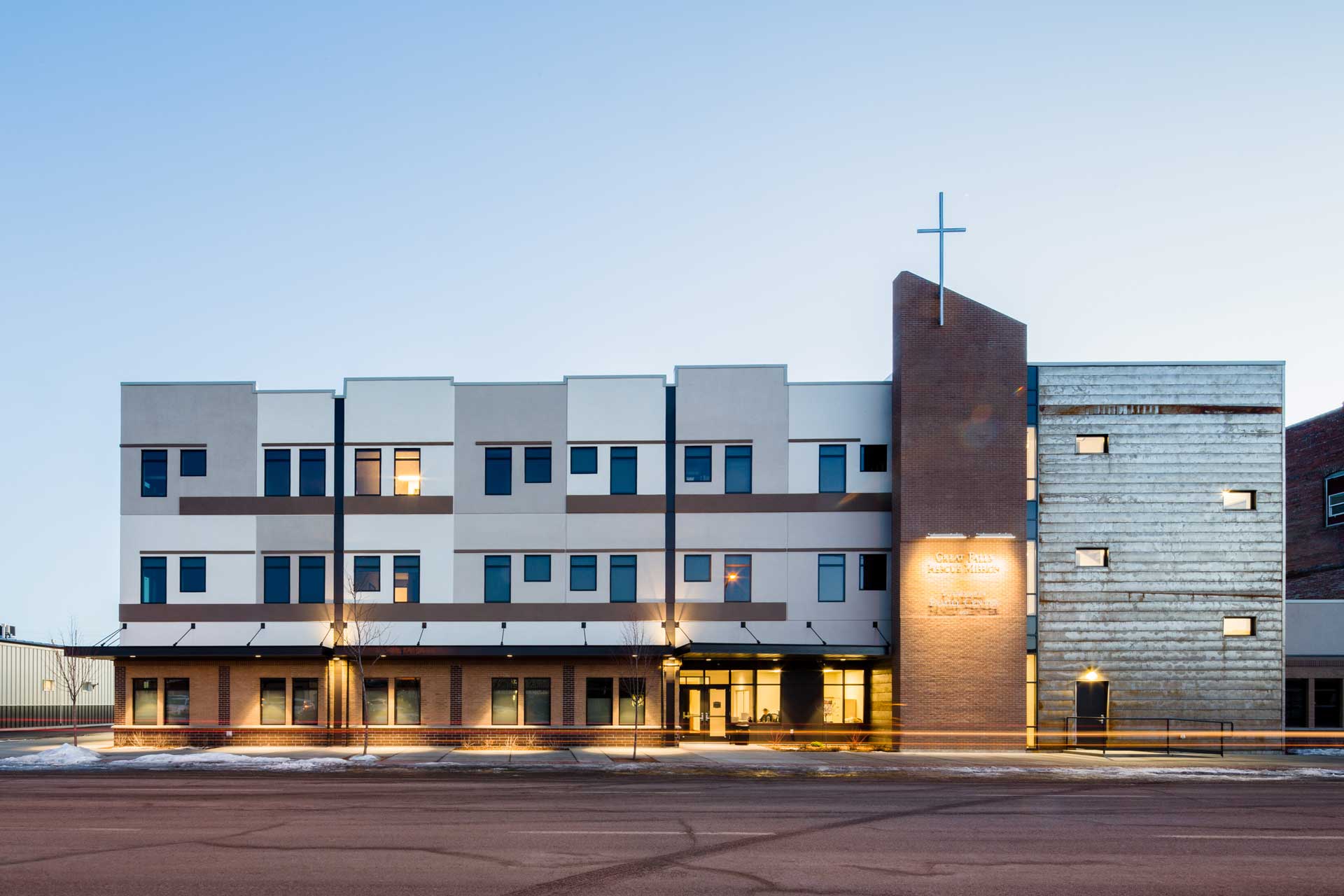 In the 57 years since Harold Ross was called to start a Rescue Mission, Great Falls Rescue Mission still reaches out to care for homeless men, women and children. Many changes have occurred over the last 50 years. What has not changed is our commitment to meet the needs of the whole person: spiritually, mentally and physically. 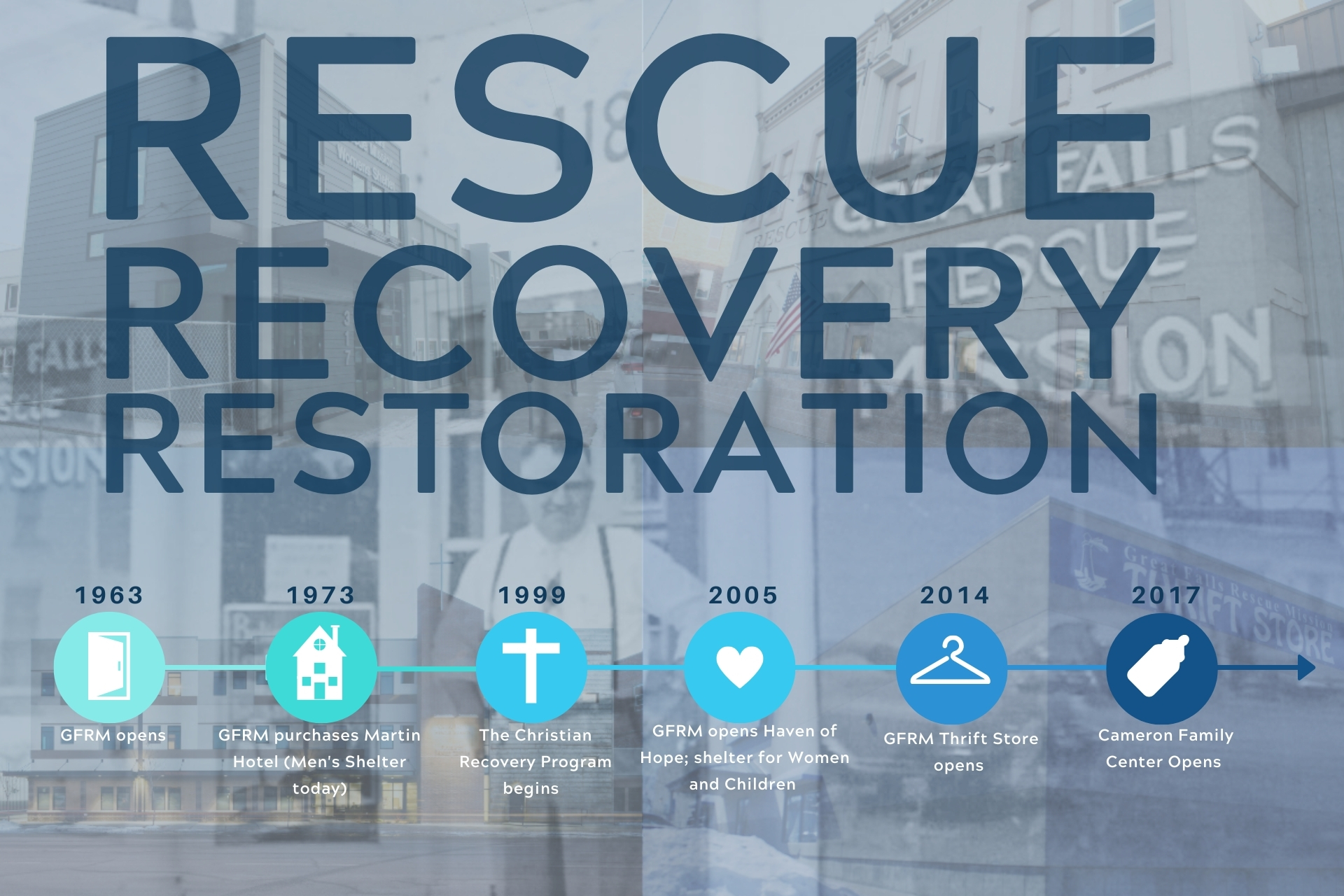 Get updates on how your support changes lives, upcoming events, and how you can get involved.